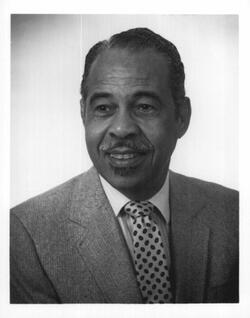 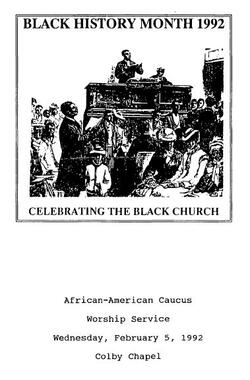 A half-century after his graduation, Freeman returned to the school – by then the Reverend Doctor Thomas Freeman – and preached a sermon titled “The Black Church: God’s Gift to Us” in 1992 during Black History Month (Bulletin cover from archives pictured right). The responsive Call to Worship included this exchange:
Minister: Welcome to the house of the Lord, why have you come?
Congregation: We are here to worship God; to see visions with the foresight of youth, to dream dreams with wisdom of age, to move mountains with the power of faith.
Minister: You are a daring people, what gives you this boldness?
To worship God. To see visions of youth. To dream dreams. To move mountains with the power of faith. If one were to sum up Freeman’s life and impact on the world, one might use these very sentiments. Additionally, he was bold and entered into the task of ministry with a mixture of that boldness, humility, and extraordinary care.
In the years leading up to that service in February of 1992, and in the years since, Rev. Dr. Freeman became an internationally recognized pastor, professor, public speaker, author, and debate coach. His students have included Rev. Dr. Martin Luther King, Jr. and U.S. Rep. Barbara Jordan of Texas. When Denzel Washington was getting ready to direct “The Great Debaters” – a movie that would go on to be nominated for a Golden Globe for Best Motion Picture in 2007 – he asked Freeman to coach the cast on debate method and oratory. 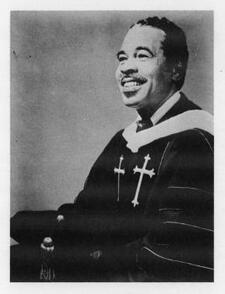 Though Freeman retired from Texas Southern University in 2013, he remained available and dedicated to students – even at 100 years of age. Freeman’s legacy stretches across universities, congregations, and continents. He worshipped God. He saw visions with the foresight of youth. He dreamed dreams with the wisdom of age. He moved mountains with the power of faith. And whether parenting, preaching, teaching, or coaching, his life as an inspiring leader was a life of bold and daring ministry.
See Rev. Dr. Freeman accept the Lifetime Achievement award in 2019 from the National Speech and Debate Association on Vimeo.
Update: During the procedings of Alumni/ae Convocation 2020, it was announced that this year’s recipient of Andover Newton’s Spirit of the Hill Award is the Rev. Dr. Thomas F. Freeman. Because of his impact on Andover Newton and on the world, Andover Newton’s board of trustees created a scholarship in Rev. Dr. Freeman’s name, as well as a $50,000 matching fund challenge. Gifts to this scholarship will be matched dollar for dollar.
The announcement about the award and the scholarship was made during the live state-of-the-school address offered by Dean Sarah, B. Drummond. In this prerecorded video, Rev. Dr. Freeman’s daughter, Dr. Carlotta Freeman, accepts the award on her father’s behalf. Board Chair Linda Campanella explains why the board of trustees started this scholarship with a matching gift challenge. And, second year MDiv student, Jyrekis Collins, offers a powerful word about the transformational nature of scholarships.