As many individuals and communities work together to discern how best to respond to the tragic events that have unfolded in Buffalo, Laguna Woods, and Uvalde - adding to a long and horrific list of many others - we at Andover Newton are creating and curating resources that we hope will be helpful to you personally, and to communities that you serve.
As we build this page, we will include prayers, new music, reflections, and other resources from the extended Andover Newton Community.

“How Long?” - words and music by Mark Miller

“If God Gives You Words” - words and music by Christine Geeding

“Saying No to this New Normal,” by Founding Dean Sarah B. Drummond

Do not conform to the pattern of this world, but be transformed by the renewing of your mind. Then you will be able to test and approve what God’s will is — God’s good, pleasing and perfect will.
— Paul’s letter to the Romans, Chapter 12, verse 2
Scott Cormode is one of my favorite authors writing about ministerial leadership. The signature thru-line that connects all his writings is his definition of the work of the minister as spiritual sense-maker. He writes that the minister’s essential role is to look at the world through the lenses of faith and report out, helping others to get behind those lenses rather than those of the market economy (greed) or body politic (power).
But what does the minister do when reality shouldn’t make sense?
People will try to square circles, whether their ministers intervene or not, so abdicating meaning-making responsibility isn’t a great option. But to make sense of that which is utterly wrong hurts our souls. Although I know it’s not good for me, I’ve been glued to the news for the past two weeks, starting with the massacre at Tops in Buffalo, and through the next massacre in Uvalde. Just writing these words about one massacre after another tears me in two.
Concurrently with those horrors, I participated in graduation celebrations for three different classes at Andover Newton Seminary at Yale Divinity School, as Yale marked delayed graduations for 2020 and 2021 classes, followed by a relatively normal graduation for the class of 2022. The highs associated with graduation, the emotions of saying goodbye, and the unfathomable violence in the news could not be reconciled; they did not compute.
The Sanskrit word for “mother who has lost a child” is vilomah. The word’s literal meaning is “inverted” and is used to describe that which goes against the natural order of things. Evidently, Hindus know the challenge of seeking to make meaning amidst the unimaginable. What might be a Christian way to do the same?
One available framework is described in fourth century theologian Augustine’s masterwork, The City of God. Coexistent with the world in which we live, wrote Augustine, is the world as God imagines it, but it’s on another plane of reality, from which we’ve been separated. In God’s imagined “kingdom,” love is the guiding force in all interactions. There’s no pain or poverty, everyone shares everything, and people who are different from each other aren’t categorized by arbitrary rules. The job of the Christian — what I have referred to elsewhere as Augustine’s Christianity Project — is to make this world look more like that one.
The challenge comes when our (fallen) reality seems to be cementing itself into an unacceptable order, and we’re tempted to normalize the devastatingly abnormal so as to manage our existential anxiety. Christians can’t take the bait, which means they have to learn to live with that anxiety over the long haul. Sigh.
Even with all the other work before us, the most important thing we can do as Christians is to know, believe, and proclaim that our current reality is not all there is. A vision of God’s realm has to be totally alive to us so that we can get to the other side of shock and on our way to God’s way.
Acceptance has its place in the Christianity Project. We have to accept that the distance between the world as it is now, and the world as God imagines it, is long. We have to accept that the only way me might get there is gradual, slow, frustrating, and replete with setbacks. But we can’t accept hate in any of its sneaky, seductive disguises. That which we accept, and that which we fight, require some discernment, or we’ll just give up out of sheer exhaustion. The guide for our discernment is love.
Our communities and our bodies aren’t that different from one another; the Apostle Paul told us so. When a body is subject to an injury — a trauma — we must rest, diagnose, treat, and heal. Then, we need to get moving so that our body gets what it needs. Wounds that go untreated can lead to chronic pain. Wounds that restrict the body into stasis can result in atrophy. So…
As long as this world isn’t yet as God imagines it, we don’t conform to its patterns, even when that feels like the easier route to sanity. We instead look to God’s realm as our guide and inspiration, through a mirror dimly now, but someday face-to-face.

“Telling stories in the midst of grief,” by Ned Allyn Parker (MDiv ‘10)

In 1999 I was studying as an exchange student at Fort Lewis College in Durango, CO. In April of that year, I was sitting in class with graduates of Columbine High School when news broke about the shootings there. Some of those students took the rest of the semester off to go home and be with their families. Others stayed in Durango, unable to return to the town where they grew up. I have stayed in touch with some of these classmates who continue to process today – retraumatized after each mass shooting, the emotional and mental wound never quite healing, but remaining a jagged scab on the heart.
In 2000, I was a volunteer youth group leader at a large church in downtown Eugene, OR. Two years earlier, a freshman at Thurston High School in Springfield – the next town over from Eugene – killed his parents and then opened fire on his classmates. Some of the young people in our youth group had been students at Thurston when this violent act took place.
In 2001, I was serving as a call fire fighter in Amherst, MA when the planes hit the Twin Towers. First Responders died in the hundreds. For the next five years, as I served on Engine 4 and Ladder 1, eyes glazed over at the mention of 9/11. They call fire fighters the “Brotherhood” or “Band of Siblings” for a reason. We may not have known the fire fighters who died that day, but the loss was both personal and acute.
In the wake of these tragic events, time has moved forward. For many, grief is a ballast that counterweights the momentum of time.
In each setting, I heard a similar refrain: “I just want to talk about my [sibling, parent, friend, colleague, loved one], but I’m scared people will think I’m morbid or stuck in the past.”
Making space for ongoing storytelling is a long-term ministry of presence. It honors memories, preventing death from having the final word. Some might argue that these stories are better shared in support groups, and yet the Christian tradition shows us how holding onto stories and sharing them out loud prohibits the final story from being the only story.
Love will out.
When I was a senior in college, one of my earliest childhood friends died in a tragic car accident.
James.
Just writing his name brings up memories of swimming pools, Easter egg hunts, trick-or-treating shenanigans, and long family dinners where our parents told us their own stories about meeting each other and becoming best friends. Every time I pass a Dairy Queen, I remember getting my very first DQ Blizzard with James and his family. Ours was and remains the kind of relationship where I call his parents Uncle Jimmy and Aunt Arlene because we are chosen family.
Each year, my parents and James’ parents, along with his sister and her family, get together and tell stories about James. It eases the long-haul grief. They remember his life and living, though his death and dying continue to weigh heavily on all of us.
While we make plans for Sunday, I also encourage all of us to remember to make space – ongoing space – for the stories we want to tell. It may take a month, a year, a decade, or more, but if someone starts telling you a story about one they have lost, turn your head and listen. Be present. Let the sweet memory linger and let the story live. 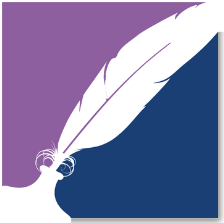